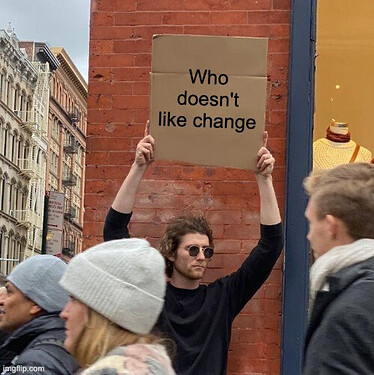 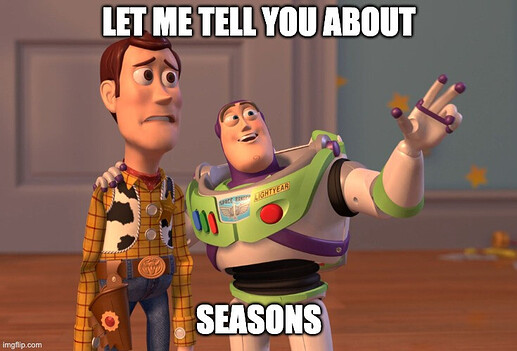 “You never change things by fighting the existing reality. To change something, build a new model that makes the existing model obsolete.”

The previous RFC (Request for Comments) briefly introduced the idea of PoolTogether Seasons.

This proposal introduces the foundation to a framework for those Seasons. To achieve our mission of being “the world’s savings protocol, run by its users,” it defines a more systematic approach to the DAO’s processes:

Why do all this? Isn’t that a lot of effort?

All teams within our DAO currently follow their own individual processes, while accessibility and availability of information may vary from group to group. For community members it is often not clear how to join a team or where to find relevant information.

In addition to that, making educated decisions in protocol governance becomes harder the more we scale out.

The following guidelines, processes, and suggestions aim to improve accessibility, accountability, and transparency for all. They intend to help facilitate the flow of information and knowledge sharing between individuals and teams. They help us to understand where we are and allow us to map out what’s ahead.

Seasons are 12 week periods that align the DAOs collective energy to a few key objectives.
In order to keep things simple, each 12-week period will co-inside with the traditional definition of quarters. Seasons allow contributors to work in sprints by setting clear goals and evaluating the results towards the end of each season. This approach helps the DAO for more transparency in allocating resources and planning activities to achieve its mission.

POOL token holders mandate teams to achieve clear objectives.
This happens per approval of team proposals by PoolTogether governance on a per Season basis.

The 11th week of every season will focus on assessing each team’s goals, learnings, and budgets.
Each time will share their team proposal on the governance forum for the community to discuss. A governance town hall shall be hosted on stage for everyone to join in and follow. All teams are encouraged to present their Season recap, as well as their Objectives and budget requests for the following season.

Team proposals that go to snapshot must be comprehensive.
They must be thorough in scope, clear in communication, and have a chain of accountability. In order to facilitate this, a standard proposal template shall be made available.

Team leads are re-elected at the beginning of each season.
The lead elections are held between the members of each individual team.

The following existing teams are suggested to work under the umbrella of the Seasons framework:

Teams that do not require funding are free to operate with minimal procedural constraints and do not need to operate under the Seasons format.

Do you generally think that this approach would be beneficial for the DAO?

How should we name this baby?

We propose a Season 0 to facilitate the transition from the existing workflow to the Seasons model to:

The expected outcomes of Season 0 are:

Citing the above goals, in your opinion, when is the ideal time to start season 1?

Each team is responsible to document and make available all relevant information about their initiatives, active contributors, bookkeeping, and alike to make it straightforward to summarize the team’s inputs and outputs over the course of a season.

In order to encourage transparency and documentation, each team can

Teams are encouraged, but not required, to present a short 1-3 minute update on the Community Call every 2-3 weeks.

Teams may define their own structure for onboarding and compensation.

The team proposals will follow the same flow as laid out in the PTIP process.

The process to form a team within our DAO has not been articulated so far. It’s time to change that:

Any member of the PoolTogether community has the ability to initiate a team that actively pursues PoolTogether’s mission. New teams should be announced on the governance forum to promote their cause and gather momentum behind the team’s purpose.

A team is considered informal until receiving formal ratification from governance. If a team requires funding it can achieve this by making a proposal on the governance forum using the standardized proposal format.

With the increasing complexity of our structures and processes, it becomes evident that operational support is essential.

Therefore we further propose the formation of a DAO Operations Team to guide operational functions, build foundations for structure, and act as a bridge between all the different clusters within our network.

The DAO Ops Team serves the DAO and its teams and is a warden for successful coordination and collaboration. It does so by providing non-binding best practices, support, and guidance, with an active focus on operational needs.

The DAO Ops Team has the following responsibilities:

The team consists of team leads (or a delegate) from all teams that work under the Seasons framework within the DAO. Further, the team is open to applications from individual contributors that have the drive and expertise to get us closer to full coordination.

Should we start a DAO Operations Team?

As of now, most contributors are in the dark regards the overall spending of all our DAO organs. Seasons finally help us create better visibility and put our spending into perspective.

In order to govern the protocol treasury in a sustainable way, the budget allocated to each season should be clearly defined as opposed to simply adding up all team’s budget asks.

To facilitate an unbiased inquiry into the optimal burn rate for the treasury, we propose to mandate the Treasury Working Group to present an analysis and recommend a maximum season budget, starting from Season 2.

The intention is not to limit any team with this approach but to ensure that the protocol’s collective funds are spent optimally to help achieve the mission of PoolTogether as well as sustain through any market conditions.

Any unused budget from the previous season is rolled over to the next season and is taken into account during the budget allocation.

What do you think about the above approach from season 2 onwards?

This process and its guidelines are designed to serve the DAO and its contributors as a whole. It intends to allow for more trust-based relationships and spark collaboration between the different nodes of our network.

This can only work with the help of all. We want to invite everyone to share their comments for improvement, point out flaws, or speak their doubts. Let’s enter the next level to ultimate coordination together!

@Tjark , In regard to the DAO Ops Team, I would think that you should hold a primary position in this team (It seems you already do the vast majority of this function in your current roll!) Might you consider taking on a new position title leadership position in this team, and then potentially start to delegate some of your other community management tasks to others? This is just what comes to mind. Also, a related question: Do you agree that adopting a main CRM as a base of operations for all the WGs makes sense and is a good direction for the DAO to take?

First about the name. I would suggest naming related to the Pool maintenance for example:
Water sensor; pool pump …

Maybe I did not understand how the allocation will take place.

Overall I like it, thanks for structuring the DAO

Thanks for the comments & feedback so far!

Do you agree that adopting a main CRM as a base of operations for all the WGs makes sense and is a good direction for the DAO to take?

I would say in the end it should be up to every team what tools and processes they end up using. They are responsible for making the relevant data available, operating transparently, and being able to report accordingly.
The DAO Operations Team can suggest best practices and offer guidance but should not have a mandate to intervene in working systems.
I personally believe Notion and Dework are both great tools that help us achieve this but I wouldn’t manifest it in the process.

This is why we should apply using Objectives & Key Results (or similar frameworks) and find ways to better oversee our expenses. Just because things cost a certain price it doesn’t mean we should always pay it.
I agree there can be situations of surprising opportunities or unexpected costs. We could add a paragraph with an option of covering shortcomings with grants and disclosing it in the next Season proposal.

Great points made by both of you so far - very important to cover those aspects.