YAS to everything about it

Let’s make it official then!
Thanks for all that you do for the community @DaBoom

What do you usually do on a Saturday at 3am? For @kenekenek it’s hanging out on the PoolTogether Community Call & Swim Meet. @kenekenek is a member of the PoolTogether community since April 2021. That’s not just when he joined our Discord server - being a true contributor he also made his first steps on our Governance Forum at that time. Since then @kenekenek has made a long way as a contributor to the protocol and advocate of the community.

In summary, @kenekenek is an amazing person and contributor. We are lucky to have him in the community and I think he would make a great community representative.

Do you approve to neken being a PoolTogether Community Advocate?

No brainer. Also, winner of the inaugural season of PoolStreaks!

100% yes. neken is a great example of going above and beyond for a protocol he truly believes in. Happy to have you on board @kenekenek!

PoolTogether’s humanized supercomputer is a user since v1 and made their first appearance on our Discord and Discourse spaces in February 2021.

Since then @drcpu is a humble voice of this community you don’t hear but read a lot. drcpu delivers the facts to your assumptions and is a true source of data and analysis.

If drcpu doesn’t answer questions from others they ask the most insight-creating ones and shed light on places you never knew existed. This Pooler isn’t just signing off on things - they are creating the discussion.

Do you approve to drcpu being a PoolTogether Community Adovcate?

Drcpu is one of those elite people that are good with tech but also with ideas.
Fantastic long-time community member.

Thank you for writing this up Tjark! It’s well deserved on behalf of @drcpu. I know for me personally, the github pages he has created showing all the details of prize distributions have been invaluable to me.

Yep, drcpu is all time.

@Lonser joined the PoolTogether community in May 2021 (Happy 1st POOL Anniversary!) with some of his first messages about bridges, pods, and site UI foreshadowing his long-term impact on the community. Lonser has spent more time reading the governance forum than you spent reading books and has been actively contributing to PTIP, Coordinape, and community growth discussions right from the start.

He’s an allrounder, a helping hand, and a living PoolTogether wiki. Lonser has an answer for almost all questions - and if not he’ll find it for you!

Coordinape Coordinatooor
Lonser manages the Coordinape circle, was willing to step up when the prior coordinatooor needed to step down, keeps us in the loop with continually improving epoch updates and gets poolers paid!

Grantooor
Newest addition to the PoolTogether Grants Committee, after being a grantee on behalf of the whole community (1, 2).

Polygon POOL Pool Lifeguard
He promotes it, he runs it, he refills it, and if he has to - he funds it! Lonser has been a warden for all Polygon poolers giving them a place to hold their POOL and reminding them to vote in governance when they are eligible.

Executive Team Signooor
Lonser is a trusted community member and has proven his reliability with his ongoing membership in the Executive Team.

Small Fish Supportooor
A true Pooler is one that’s there to help the small fish. Lonser is doing exactly that on an almost daily basis.

Lonser is thoughtful, focused on the common good, and always puts the community over the individual. He’s always eager to learn and grow to find new ways in helping the PoolTogether community.
Let’s make it official.

Do you approve of Lonser being a PoolTogether Community Advocate?

Thx @Tjark and ofc thx to everyone else, it is great being part of such a nice and wholesome community!

(Small correction, the german website translation was made by @gabor )

And wow, I didn’t know it is one year already, the time passed so quickly

100% on board with Lonser becoming an advocate. Lonser is always willing to step in and help out any and every time, while still giving credit where due. A prime example of the PoolTogether culture, imo.

I’m starting to love Coingecko’s How to DeFi book without ever having read it. Thanks to this book, our fren @BRONDER joined the PoolTogether community on Discord on September 2nd last year. Since that day, he’s been an active voice within the community and PoolTogether’s governance.

Technical Analyst & Dune Wizard
As a technical analyst, BRONDER knows how to apply his skills to help PoolTogether succeed. BRONDER is always able to turn cloudy numbers into useful data, no matter if by spreadsheet or Dune Dashboard (1, 2).

Prize Perfectooor
BRONDER has been thinking about prize distribution before it was cool. That’s surely one of the reasons he’s now on the Prize Team and works on getting more prizes into the hands of depositors!

Treasury Asset Managooor
He’s a crucial member of the Treasury Working Group and the future Finance Team, not only as an analyst but also as an advocate for security.

Here to help
You’ll find him where help is needed. BRONDER contributed to the FAQ & user docs, has been a member of the Welcome Wagon, and is one of the #help-channel regulars.

El Translatór!
BRONDER contributed to the translation of the PoolTogether app and website and started the Spanish version of our Community Substack.

Community Valentine
A community sweetheart! He helped to get cupid off the ground from ideation to execution in our first-ever community-run NFT & delegation campaign.

You’ve got TWAB’d
BRONDER is PoolTogether’s most decentralized community member and stroopwafel. Over 17,000 PoolTogether users hold a piece of BRONDER in their wallet, thanks to a collaboration of him & underthesea leveraging the TWAB Reward mechanism for the first time ever!

No Loss Trivia Showmaster
You don’t challenge BRONDERs brain; BRONDER challenges yours! BRONDER hosted the second edition of the No Loss Trivia.

One and only guest at El Show de Richard
This existed? You know you’re reaching the bottom of the PoolTogether iceberg when it’s about El Show de Richard! The Spanish version of Rliriano’s infamous talk show happened once, and BRONDER was there!

How do I know that PoolTogether is always top of his mind? BRONDER has visited the governance forum nearly every day since signing up. How often do you?

For all the above and many other reasons, BRONDER is someone I trust. He’s an advocate for fairness, a helping hand to anyone, a voice of reason, and is just a friendly, awesome, lovable person to be around with! He is clearly invested in PoolTogether’s cause.

My only question is: Bro, why isn’t BRONDER a Community Advocate already?

Do you approve of BRONDER being a PoolTogether Community Advocate?

I hold more Bronder token than POOL token. My vote may be a conflict of interest, but I approve! 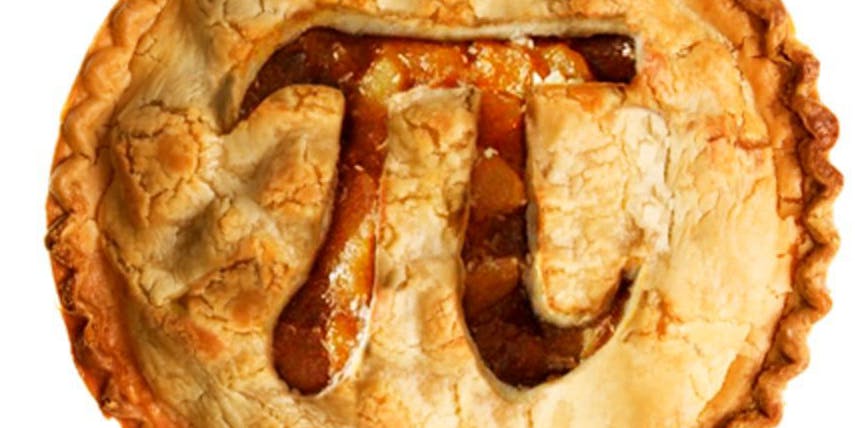 On February 23rd, 2021 our friend @Noxe joined the PoolTogether community on Discord. His first few messages were centered around governance - so he was off to a great start right away.

To me, Noxe is a perfect example of the power a community can have! He went from being shy about his ability to speak English to a true community leader that helps others thrive.

Pooly me, please!
Noxe finally granted our community the wish of a Merch Store. Pooly.me is designed, stocked, and hosted by him!

French Guy for Everything
He’s our guy for everything French. Noxe contributed translations to the website & app and runs the Communauté PoolTogether Substack since its inception. He translated countless articles and created lots of original content to make PoolTogether accessible to the French-speaking population.

Player Maker
Noxe is the initiator and host of PlayTogether, which is a monthly event for all gamers in the PoolTogether community.

Voice of the Community
No matter if on Twitter, Discord, or through PoolGrants - Noxe makes sure the community gets seen and heard! He’s always out there promoting PoolTogether’s values and helps to make sure his fellow Poolers get recognized for their contributions.

Givooor
Real Poolers don’t just like to win - they like to see others win, too! Noxe is the initiator of countless giveaways in our #hodlers-hangout.

GMer
Thanks to Noxe, PoolTogether has its very own community space on gm.xyz. Come say gm!

Noxe is a true all-rounder. He contributes there, where his skills are needed, and he’s always around the corner to provide valuable feedback. Noxe knows he doesn’t have to ask permission to do good for PoolTogether. He’s reaching out to other platforms to get PoolTogether’s links updated, he provides art, he initiates partnerships. There is so much! On top of that, he’s an OG: POOL Pool since day 1!

Do you approve of Noxe being a PoolTogether Community Advocate?

It was way to early for me to figure out this clever messaging. Well done.