I agree with @Uncle’s analysis.

This proposal begins with a flawed premise:

It does NOT appear that deposits directly follow POOL distribution. The UNI Pool has $18 million deposited and is ~50% as large as the Dai pool, even though it receives only ~10% of the amount of POOL has the Dai pool.

This is easily explained, as noted by @Torgin and others above, by the difference in the opportunity cost for these token holders. The UNI prize pool has a higher net expected return than other ways to use UNI capital, whereas there are many options for high yield using DAI / USDC.

Aside from the “bait and switch” element, noted by @Uncle above, I have the following objections to this proposal:

(Personally, I like the idea we discussed in Discord yesterday: Discord)

Thank you all for the input on this!

I do push back hard on the idea that governance as a specific obligation to not change parameters. The launch blog post specifically stated that the distribution can be modified by governance and that indeed is the very purpose of governance. To modify parameters towards the goal of building a decentralized no loss prize savings protocol storing billions of dollars with millions in weekly prizes.

@ChrisSavadge Specifically on your points, I don’t understand where you are getting the idea this has anything to do with price. The goal of my proposal as stated is to “1) even incentives across all prize pools and 2) opens the door for us to add new governance prize pools and add POOL distribution to them at the same rate and 3) sets the distribution at a sustainable rate that could be kept going for years.”

This isn’t about price at all, it’s about updating the POOL distribution so that it can get into more diverse people’s hands for a longer period of time and not just a couple whales for a few weeks.

I was referring to point 3:

3). Create a separate proposal to divert 1,000 POOL per week to a prize pool for POOL holders. This is more likely to have the intended effect of giving more POOL to the people long term aligned.

Giving more POOL to POOL holders…How else could one interpret this except as a kind of staking reward disconnected from the rest of the no-loss lottery concept? It would disincentivise selling by providing an alternative, thereby naturally supporting the price to some extent. As a POOL holder, I’m obviously not opposed to that per se, but simply don’t see this as the best way.

So on point 3, you are correct that the intention is to give more POOL to people who are long term aligned with the protocol (signaled by their desire to hold POOL). This is very standard for all DeFi protocols (SNX, BOND, COMP, Aave, etc). I can understand how you might think that could have a secondary impact on price but that’s not the reason for doing it and I’m highly doubtful markets are that rationale.

So that has been my thinking. I do think many people have brought up good points on why this might not be the best way to address the problem and specifically why matching the COMP and UNI rates does not make sense. I’m very open to new proposals that perhaps more moderately reduce the distribution while trying to also maintain growth in AUM.

Given the chart @Leighton posted about the distribution rates of other protocols, targeting around 2200 total POOL distribution per day (including everything) sounds sensible. This would be 8% annually and put us right between balancer and curve.

This leaves a budget of 500 POOL/day to be used for alternative distributions, for example the POOL pool or @gabor’s governance airdrop idea.

How does that sound to you guys?

Directly awarding POOL for staking POOL is artificial (or “ponzi” as @Torgin calls it), and also legally questionable in the US from a securities law perspective. An anti-dumping mechanism should retain the lottery-game concept, by addiing utility in a way that doesn’t look like some sort of dividend.

I am for a POOL pool, either as a PT reward or for farming (or both!). The Badger community airdropped their token and gave people something to do with it (staking for more of the same token). While seemingly recursive, I think it was successful in getting buy-in and engagement from early holders.

I would like to gamify the POOL token in the future, giving it more power in the ecosystem, but development bandwidth, etc. Until then, a POOL pool would be a good place for people to park the tokens

Would it make the most sense to drop these all at once?
-Start the 10% fee from pools to the treasury reserve
-Create the POOL pool ( I also think the POOL pool should get the same allocation as the USD pools)
-Reduce rewards

The drastic cut in rewards is not so bad if the price of POOL rises. My main concern is what if the price does not rise as a result and the whales just exit the pools. Maybe if we set a few things in place at once it will help make sure we don’t lose our growth. The growth of the USD pools has stalled a bit as of late.

With the UNI incentivised there were the same arguments. Many people were concerned that the whales will leave e.g. the WBTC/ETH LPs after expiry of UNI rewards. What happened? They left. But still, the LPs were significantly larger than before the start of the UNI rewards. I would assume that the same will happen here. We started with super tiny prize pools and were celebrating $10m AuM like crazy. I wouldnt expect that AuM drops below $50m necessarily only because POOL rewards are substantially reduced.

I like this line of thinking! A few responses though:

Yep, i will support this proposal with gabor one

I think what’s important to see with UNI distribution is that Pooltogether will still be by far the best yield offered on UNI anywhere. Currently we are the best yield for UNI by so much that we are overpaying.

I don’t think reducing the POOL issuance of the UNI pool will have a large impact on the pool’s size. In both cases, Pooltogether is by far the best place to park your UNI. There are no better alternatives.

There are 2 informal polls live now:

Should DAI and USDC liquidity mining POOL rewards be amended?

Should UNI and COMP liquidity mining POOL rewards be amended? 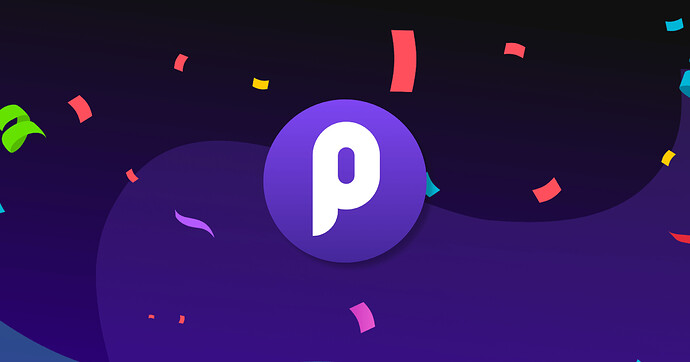 Direct the future of the PoolTogether protocol.

I’m definitely not anti-whale! I love the whales… it’s more just an issue when the whales are also winning the prizes too. I think that’s the main problem.

Btw, the current vote only passes if 100,000 Votes are cast for it which I think is impossible for that to happen.

Thanks @Torgin ! These polls are great. Would love to see a poll first before most votes!

Don’t want to throw us off course too much here but as another idea what if we were to do a target based approach for a certain period of time that encourages growth.
As an example:
DAI pool could start at 500/day but if we reach a new milestone like 200M TVL we boost it to 750/day then at 300M another boost to 1000 per day. It would help maintain a high APY while preventing whales from sucking everything up right now.
A new governance run pool could start at 50 POOL per day and allocation could grow at several milestones.
Price growth will also help with the APY. Token minting should be the strongest in the early stages and this could encourage growth without giving away the farm. The number I selected were random and only intended as an example. This could also decrease negative sentiment as users don’t watch there APY shrinking so much.

I do not think slowing down the distribution on the USDC and DAI pools is a good idea. If we want to test whether the reward levels affect liquidity, I’d recommend increasing the rewards by a small amount for 1-2 weeks. Lowering rewards far below the initial level is going to hurt perceptions of the protocol and I expect to see a big drop in deposits and thus rewards.

PoolTogether has been promising from Day 1, but has also struggled to increase deposits at anything near the rate of other protocols. Now that we finally have gotten it up to the $100M level, taking action that is likely to reduce it seems like shooting ourselves in the foot.