As the PoolTogether community is expanding and attracting more contributors, a detailed view of incomes and expenses is required to determine the runway of the Treasury and be able to plan accordingly.

This post will go over the 2022 Treasury inflows and outflows of the Treasury. By looking at the movement of funds from the Treasury, we are able to estimate the runway in different scenarios (optimistic VS realistic VS negative).

All the data presented in the following post can be viewed in this presentation .

The calculations performed to get the numbers shown can also be reviewed in this sheet .

Special thanks to my friends @underthesea and @Lonser for collaborating with these reports. 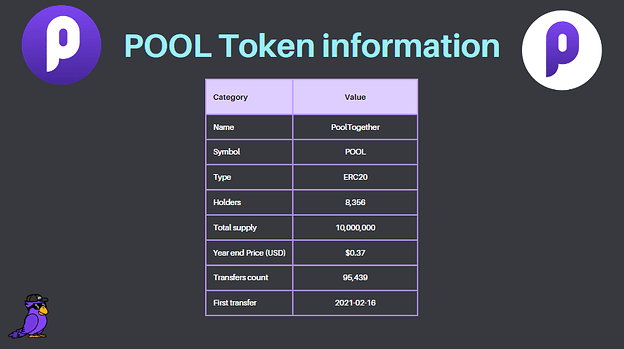 Although in 2022 we have experienced a bear market, it has been almost 2 years since the POOL token was first created. Since then, the token has fulfilled its purpose of supporting growth and decentralizing the PoolTogether protocol with over 8,000 different holders (only taking into account Ethereum blockchain). 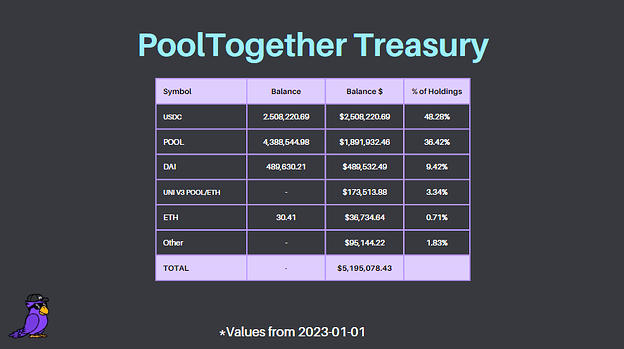 Currently the PoolTogether Treasury holds around $5.2 million in which 57.7% is composed of stablecoins and 36.4% is POOL (the protocol’s native token). The Protocol Owned Liquidity program holds 3.3% of the total value in the form of POOL + ETH, while 0.7% is held in ETH. 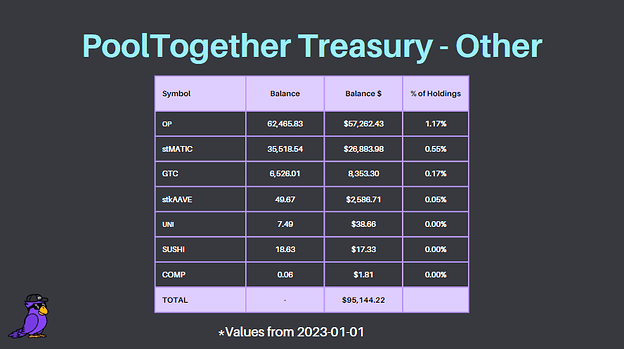 Other assets amount to around 1.8%, mostly in OP and stMATIC.

The wallets analyzed in order to show the Treasury assets are the following: 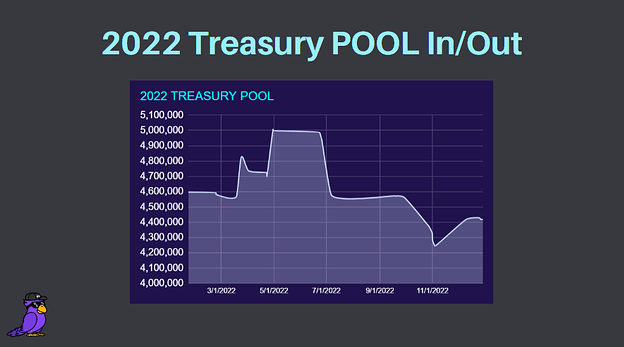 At the beginning of the year the treasury held 4.6 million POOL, while at the end of the year it held 4.4 million. It is important to note that approximately 562K POOL was returned to the treasury due to the expiration of the Ondo Finance program for POL and the return of POOL that had previously been designated to new user education. In addition Grants and Bounties returned POOL in the fourth quarter. 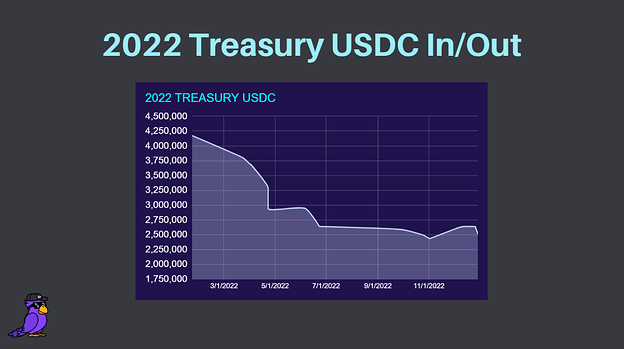 At the beginning of the year the treasury held 4.3 million USDC, while at the end of the year it held 2.5 million. It is important to note that approximately 200K USDC was returned to the treasury by the Protocol and Grants Teams. 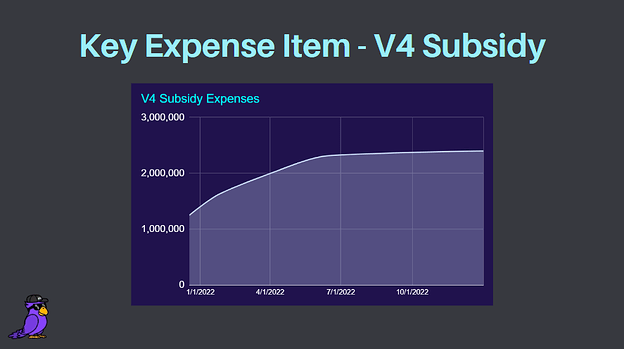 The main expense (around 1.185 million USDC) came from subsidy in the form of prizes for PoolTogether depositors with the objective to bootstrap liquidity for the newly deployed V4 version. However, the amount of subsidy has been significantly reduced over the last months of the year. 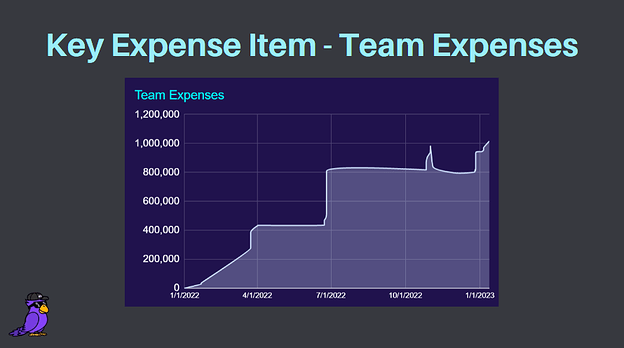 Another key expense (around 1 million USDC) has been the operations of the different teams that support the protocol and the Grants dedicated to support the PoolTogether ecosystem. Note that these expenses also include the funding for the first quarter of 2023. 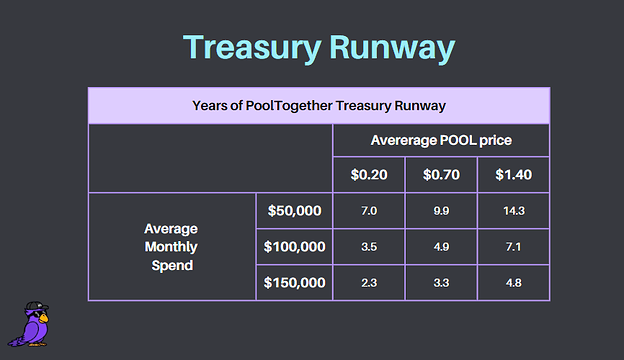